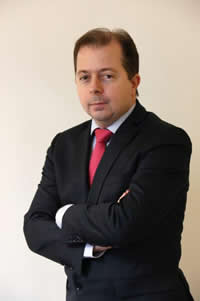 Mr Alexandre Faure advises and represents frequently his clients in the context of the prevention and resolution of their disputes before state Courts and also acts as counsel in the framework of arbitration proceedings.

Based on his experience acquired after several years of practice within French law firms with international focus, he has built a strong expertise in managing disputes opposing companies (especially in the matter of abusive termination of negotiations, contractual liability or non-performance of a contract, unfair competition, post-acquisition conflicts, insolvency proceedings) or between a company and its shareholders or its directors.

He has a wide range of experience for managing pre-contentious situations and conducting proceedings involving industrial risks with national or international dimension.

He often provides assistance to foreign companies including major groups and their French subsidiaries in order to defend their interest before French courts. He benefits from a wide sectorial expertise for Moroccan companies, their directors and/or their shareholders.

In addition to his litigation practice, Mr Alexandre Faure also advises frequently the clients of the Firm for the drafting and negotiation of their commercial contracts (especially turnkey contracts, distribution agreements, sale contracts, services agreements, franchise agreements and commercial leases) as well as for the definition and implementation of their current and/or non-recurring corporate operations.

Attorney at Law at the Paris Bar, Mr Alexandre Faure holds a D.E.S.S / D.J.C.E of International Business Law (Professional Master's degree) from the University of Paul Cézanne Aix-Marseille III and also a degree from the Institute of Political Sciences of Aix-Provence (economic and financial major).
In the context of his degree of Political Sciences, he has issued a paper entitled « Towards the modernization of the commercial courts».